The frozen lands of the North

I am headed up to Seattle at o-dark-30 tommorow morning. Greyhound...wish me luck.
In the meantime, I have pictures of stuffs sent for swaps. I have been crafting, honest! Here is a lace sample of singles spun from some tussah silk I dyed with one shot (Rasberry). The pattern is out of Victorian Lace Today. 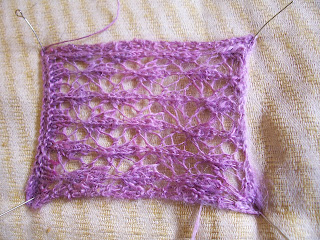 The second is a felted bag (minus the strap) I made for the Hogwarts' House Swap through Craftster. The confirmation thingee through USPS said that it has gotten to its destination, but my partner has not yet posted pictures. Grr...I hope she will soon! 'cause I forgot to take pictures before I sent. 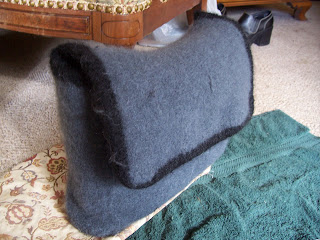 In other words I still have a couple of projects going:
Ciao
Days Since last purchased fibre:16 days
Fabric: 22 days
Yarn: 16 days
Knitted by Unknown at 10:17 PM No comments:

Well, I received my package for the Harry Potter Houses Swap on Craftster...Here they are:
A Mudblood T-Shirt. Perfect for a Ravenclaw? 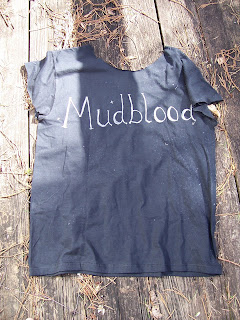 A Ravenclaw blanket. I think I have some navy bias tape that will compliment it around the edges nicely. A bag will my initials. Maybe I can find some nice silver bias tape for it. And the seams on the inside in the second photo. 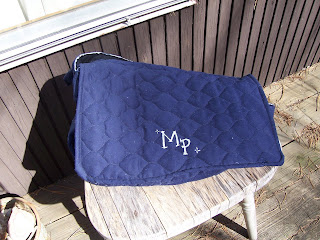 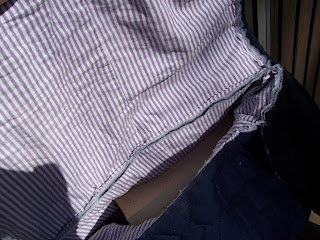 Lastly I was sent a headband and candies, represented by the white chocolate rat. Anyone want some candy. I have lots now. 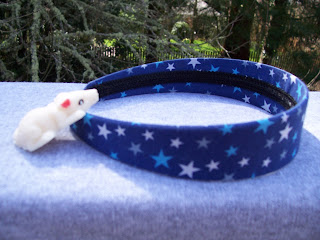 I got this from A's site. It looked like fun. I'm skipping songs I did not put on this thing for the sake of my sanity (Especially considering there are Sailor Moon songs on there...I swear I didn't put them on, although I have to admit I own them.) I will put those in a subscript or something for amusements sake though considering how often the stupid things came up.

I have to say that I have great End Credits. Though some other things are a little wonky. Like my Final Battle song, and my getting back together song. I was sort of hoping March of Cambreath would come up...Anyways, L put some very interesting stuff on here, I couldn't believe how many times I had to skip past Sailor Moon songs. Gag me with a spoon please.
Days since last purchase fibre: 1 week
Days Since Last Purchased Yarn: 1 week
Days Since last purchased fabric: 2 weeks
Knitted by Unknown at 12:12 AM No comments:

A Cornucopia of Yarn

I looked at my stash this afternoon, and I thought that A's yarn diet might be a good idea...Maybe not as strict a yarn diet, but maybe "Yarn Watchers". So, I think that I shall keep track of how many days it has been since I last bought yarn/fiber/fabric. So, not a diet per se, but something of the sort. That should, hopefully, help. But I can't stop cold turkey. I don't have that much will power when it comes to fabric. 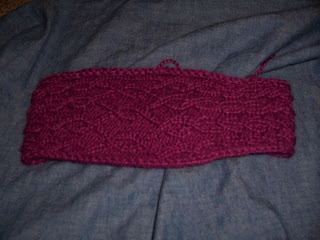 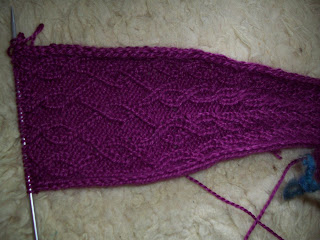 Not much to post right now. Maybe later. But I thought that I would post now that I have finally figured out to get into blogger with google. Gah. Remind me to write theese things down next time. In any case my life is as follows: 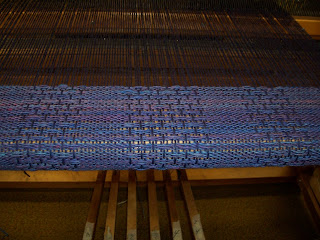 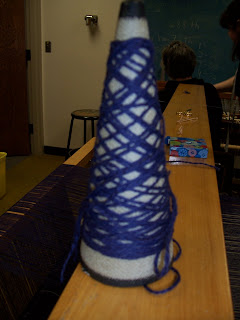 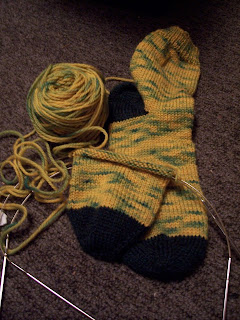 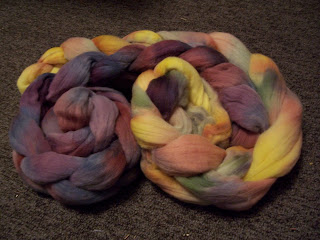 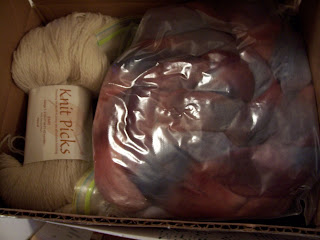 Coming soon: My new panta! Death by yarn? How much is too much to spend on fabric?
Knitted by Unknown at 8:42 PM 2 comments:
Newer Posts Older Posts Home
Subscribe to: Posts (Atom)